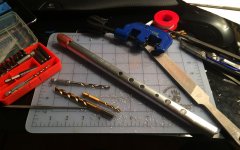 Oh it's a 5 o'clock world when the whistle blows... or then again maybe a 3AM world, which is kind of sucky for the neighbors.

Anyway, here's one for you. I call it the Factory Whistle because it's a nice aluminum piece that could have been crafted by a factory worker while the boss was out, with some spare aluminum tubing that was handy in the workshop.

The original design goes back to Guido Gonzato, who came up with the PVC and boxcutter version, and demonstrated that good and mellow flute sound has way more to do with air guidance than it has to do with materials.

Back in 2010 I became the immensely proud owner of an original Colin Goldie tenor D. Colin, from what I remember, continues the tradition of Overton, and his dedication to craftsmanship is in all the right places:

www.colingoldie.de (oh and while you're at it check out John O'Brien's: www.jobwhistles.com).

How proud I was...beautiful low sound, clear octaves right up to the top, until we rented a car in Phoenix and I left it behind the headrest in the back seat while returning the car, along with a polarizing filter for the camera. Obviously their Lost and Found hadn't heard of any lost items for at least the last 5-10 years, so there I was, minus money, minus whistle.

But not minus internet and dremel, so I found Guido Gonzato's whistle pages, thinking if I can at least build something primitive to practice on until I get my "real" one replaced, I'd be happy.

Well - it turned out to be everything but. Apparently, I have a peeve for plastic and he has a peeve for power tools, so he went the way of the PVC and I went for some aluminum conduit / piping. In either case, the results are outstanding. It's a very simple design, but in its simplicity lies the serendipitous guarantee of a good windway guiding the air to the lip.

Aside from that it's just a tube - some tube, any tube - with holes in the right places, bigger and smaller because finger positions came first and then came pitch.

Not really a saleable item, thanks to the super crummy looking plastic cap and sawed-off mouthpiece, but for that ultra-buildable, and with phenomenal sound. 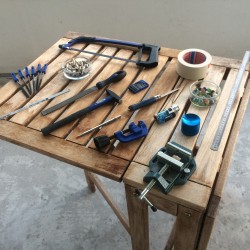 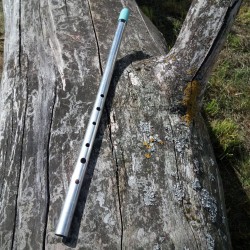 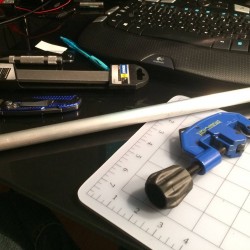 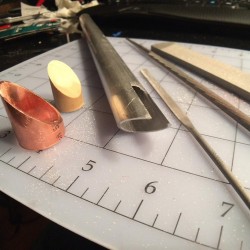 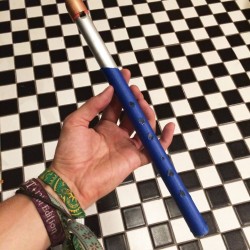 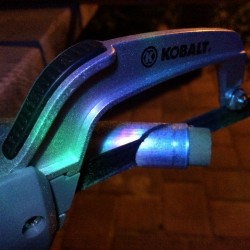 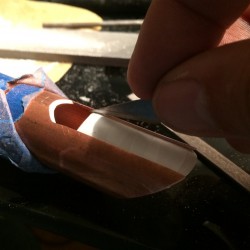 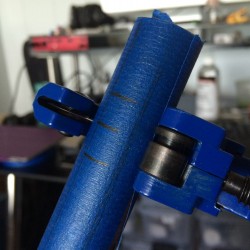 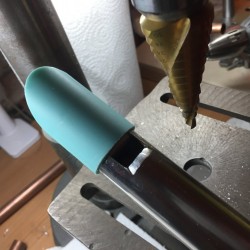 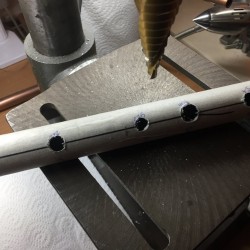 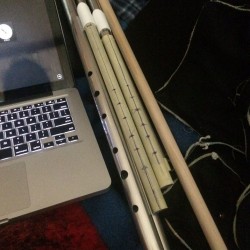 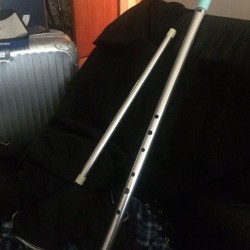 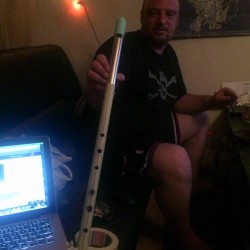 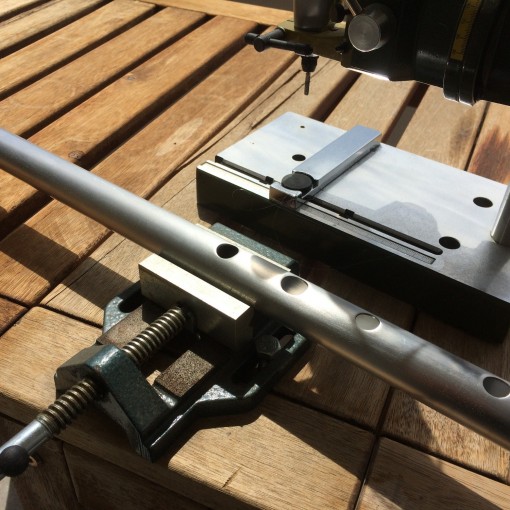